The Connection between Football and CTE: The Story of Aaron Hernandez 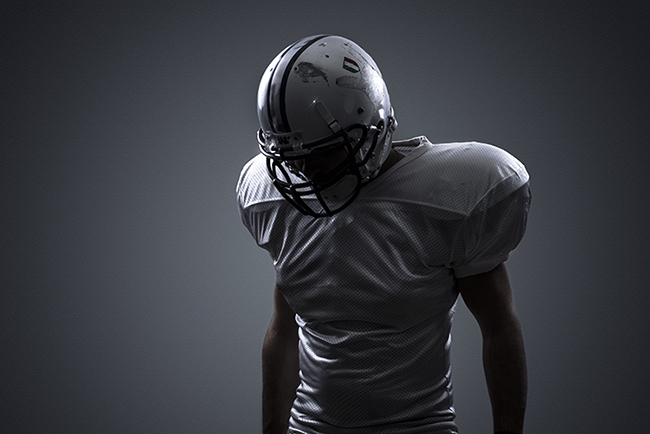 By Kate Fehlhaber
When former New England Patriots tight end Aaron Hernandez died, his family donated his brain to research. They wanted to know if Aaron’s brain showed any signs of chronic traumatic encephalopathy, or CTE, a neurodegenerative disease associated with multiple head injuries. CTE is most commonly found in professional athletes who play contact sports, like football, ice hockey, and boxing. People like Aaron Hernandez.
This progressive disease of CTE occurs in four main stages with the following symptoms:

Four years ago, Aaron signed a $40 million contract with the Patriots, with dreams of becoming a superstar. But after just 10 months, Aaron was convicted of murdering his friend, and during that case, he was accused of two other 2012 murders. Even though he was acquitted for the 2012 murders, Aaron committed suicide while serving a life sentence for the other murder.

People with CTE have difficulty controlling aggression and impulses, have severe mood swings, and lapses in judgment. Could Aaron’s history of violence be the result CTE?

Upon their investigation, scientists found that Aaron’s brain was already in stage three of CTE. In fact, at just 27 years old, Aaron’s brain was as damaged as players over the age of 65, making it the most severe case seen in anyone Aaron’s age.
The link between football and CTE has been investigated for some time now. A notable study from July 2017 investigated the neuropathological and clinical features of over 202 brains from deceased football players, 111 of whom played in the NFL. Across all levels of football playing, 87% were found to have CTE, with accompanying symptoms. The results of this study suggest a strong connection between CTE and playing football. But this is not news to the NFL. Many high profile players have been diagnosed with CTE, and some have committed suicide.

Aaron’s attorney Jose Baez filed a complaint in U.S. District Court on behalf of the former player’s 4-year-old daughter, Avielle. The lawsuit, which seeks $20 million in damages, states that because of the NFL and the Patriots’ conduct, Avielle was “deprived of the love, affection, society and companionship of her father while he was alive.” The lawsuit does not link Hernandez’s crimes with the disease, but it does state he “succumbed to the symptoms of CTE and committed suicide.” The NFL plans to fight this lawsuit.

While Aaron’s case is not the first high-profile CTE case, it resonates with both NFL fans and parents of young football players. Recent studies have shown that playing football before age 12 reduces the amount of healthy white matter in the brain (i.e. less nerve fibers) and causes long-term mood and behavioral issues.

Currently, CTE can only be confirmed after death. However, this case brings to light the urgency with which accurate brain injury testing needs to be performed in living people.